If a computer-generated letter arrives from the Australian Taxation Office (ATO) informing your client that the interest they owe on a tax debt is not due to be paid, the client would most likely assume that this is the decision of the ATO.

Unfortunately, this assumption would be incorrect.

The Full Federal Court of Australia decided in 2018 that a taxpayer is liable for the interest charges on their tax bill, even if they’d been sent a letter from the ATO stating that the interest was not due to be paid: Pintarich v Deputy Commissioner of Taxation [2018] FACFC 79.

Although the letter stated that it was from the Deputy Tax Commissioner, the Full Federal Court ruled that because it was machine-generated correspondence and there was no related mental decision involved, it could not be relied upon as a decision made by the ATO.

The ATO issued a decision impact statement in support of the ruling, and this decision does, in fact, represent the law, at least for the foreseeable future.

Computer-generated letter issued with misleading information due to oversight

In this case, Mr Pintarich, a small businessman, had failed to file tax returns for four years and owed $839,000 in tax, plus $344,216 in a general interest charge. He received a computer-generated letter from the ATO stating that if he paid his tax bill by a certain date, the payout figure would be inclusive of the estimated general interest charge.

Mr Pintarich borrowed $839,000 from the bank and paid the tax bill on time. However, the ATO then said that the letter’s content regarding the interest charge not falling due was a mistake and he was still required to pay the interest. The court heard that the ATO had used a ‘template bulk issue letter’ and the officer had not checked it before it had been sent to Mr Pintarich.

This case led to a considerable uproar in business circles, creating uncertainty around dealing with government authorities, which have increasingly automated their communications with the public.

As highlighted by an ABC story, this case raises serious questions about the legal accountability of a government department, corporation or individual for computer-generated correspondence sent in their name.

Potential damage to confidence and trust in online communication from authorities

The courts appear to support the proposition that taxpayers cannot rely on communication from the ATO; that it’s ok for the ATO to make mistakes, and tough for the poor taxpayer.

This decision could therefore potentially damage confidence in the growing digital transformation of government authorities such as the ATO. For as long as they want people to engage with them online and continue to use automated correspondence to deal with clients, such authorities should ensure that all the information issued in their name is accurate.

Clients dealing with the tax office or any government authority, should be advised to keep detailed records of any phone discussions, letters or communication. With much uncertainty about the legal accountability of computer-generated correspondence, it’s also prudent to let clients know that they should seek legal advice before double checking with the ATO to confirm major determinations.

An earlier version of this article was published on Stacks Law Firm website here. 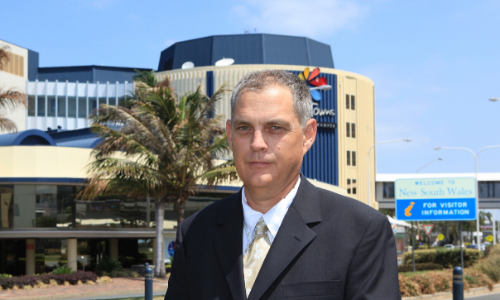 Tony Mitchell is a lawyer working in the commercial law and estate planning teams at Stacks Law Firm. Since he was admitted as a solicitor in 1981, Tony’s practice has centred on securing his clients’ business assets and personal wealth against unforeseen events. Tony’s skills and track record enable him to advise his clients on the full spectrum of commercial law, from how to establish a business, through to its sale or break-up, along with all the challenges and legal requirements that can arise in between. This includes leases, tenancies, employment contracts, directors’ duties, occupational health and safety, commercial disputes and litigation.