Home > Blog > Blog: Filming an accident instead of helping – the law in NSW

Filming an accident instead of helping – the law in NSW

We see it on social media and on TV news broadcasts all the time – someone films an accident or a person being abused on public transport and they continue filming, rather than dropping the phone camera to go and help them.

Many of us have screamed at the TV: ‘Put the phone down and go and help them!’ So, what does the law say about this situation?

Are we obliged under the law to help someone who is caught up in an accident or who is being abused in public?

No duty of care owed to strangers in NSW

The short answer is that under NSW law, we do not have a duty to help a stranger involved in an emergency or an accident.

So, in theory it is legal to take no action and keep walking if you hear a cry for help, provided you are not related to the person in peril. It may be absolutely despicable, but it is within the law.

But if the person in trouble has some relationship to you, or is someone for whom you have a responsibility, or you caused the accident, then the law changes. You then have a duty of care.

The law in NSW is clear on filming – you can film whatever you like in a public place – provided you do not enter private property, breach privacy rules, or take indecent photographs without consent.

The Surveillance Devices Act 2007 (NSW) sets out the law related to the installation, use and maintenance of surveillance devices in NSW. The Summary Offences Act 1988 (NSW) prohibits filming that amounts to offensive conduct.

Filming a person engaged in a private act – as defined under s91K of the Crimes Act 1900 (NSW) – without the person’s consent can be illegal and punishable by up to two years in jail.

Even though it is generally permitted to film in a public place, under anti-terrorism laws police do have the power to prevent photographs being taken or events being filmed in ‘certain circumstances’.

Hindering emergency service workers by trying to get a better shot with your camera could get you arrested, as could crossing police boundaries. Otherwise, it is within the law to film police or emergency services workers in a public place.

Protection of good samaritans who inadvertently hurt someone

There is a good samaritan law that protects individuals who put down their camera and go to the rescue, but hurt someone in the process of trying to help.

It is called ‘Protection of Good Samaritans’, found in s57 of the Civil Liability Act 2002 (NSW). Under this law, however, the rescuer cannot be intoxicated and must exercise reasonable care and skill.

Regardless of what the law says, it is far better for an individual’s own conscience to go to someone’s aid if they are in trouble rather than to stand back filming, hoping to get on TV or for the clip to go viral on social media. It’s the moral – and human – thing to do. 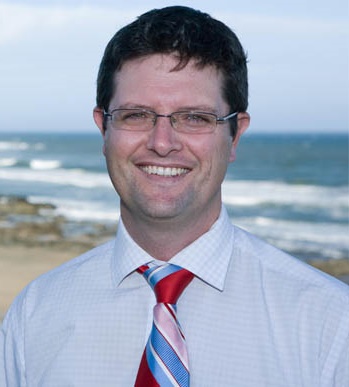 Nathan Luke is an employment lawyer at Stacks Law Firm, based in Ballina, NSW. He provides expert services to his corporate and employer clients. These include employment contracts, policies, alternative dispute resolution, due diligence on business purchases and employee management. Nathan also helps his employee clients to navigate the complex industrial and workplace laws, assisting them in their careers with contracts and advice. Where necessary, he fights hard to protect their rights in unfair termination, discrimination, bullying and adverse action claims.