Landmark judgment over right to keep pets in apartments

A court battle over whether a miniature schnauzer called Angus can live in a Sydney unit with his owner has set a legal precedent for residents who wish to live with their pets in apartments.

For five years, Jo Cooper tried to convince the owners corporation of The Horizon, a luxury high rise building, to allow her to keep her beloved deaf and partially blind 14-year-old dog in her apartment, despite a bylaw banning all pets in the tower. The decision in the NSW Court of Appeal – Cooper v The Owners – Strata Plan No 58068 [2020] NSWCA 250 – overturned earlier legal rulings banning the pet dog and will now allow Angus to live out his sunset days in his owner’s apartment.

The ruling by the three judges in Cooper v The Owners could have far-reaching consequences for people who wish to keep pets in apartments. The Court ruled that The Horizon’s longstanding ban on pets in apartments was a breach of s139 of the NSW Strata Schemes Management Act 2015, which provides that by-laws can’t be ‘harsh, unconscionable or oppressive’.

According to Basten JA, the ban restricted the ‘lawful use of each lot’ and lacked a ‘rational connection with the enjoyment of other lots and the common property’.

‘The by-law is oppressive because it prohibits the keeping of animals across the board, without qualification or exception for animals that would create no hazard, nuisance or material annoyance to others,’ said Fagan J.

The strata committee argued the ban on pets in apartments was the will of the majority, but the Court ruled that the majority did not have the right to become a dictatorship. The judges pointed out that democracy operates under legal constraints designed to protect minorities from oppression.

Dogs that bark incessantly could be a problem in an apartment block, but the judges said there were provisions in ss153 and 158 of the Strata Schemes Management Act 2015 to deal with such problems.

While Angus may be old and past his prime, his impact on the legal position of strata governance could last for many years beyond his time on this earth. The ruling means no residential building in NSW will be able to enforce a blanket ban on pets in apartments. As lawyers for Ms Cooper pointed out, such a ban would even include goldfish and birds in cages. Around 5.7 million of Australia’s 9.2 million households have a pet, so the judgment will have a wide impact.

It also demonstrates that even though because a majority on a strata committee decree something, if it is harsh or oppressive, it may be legally overturned.

This is an edited version of an article first published at Stacks Law. 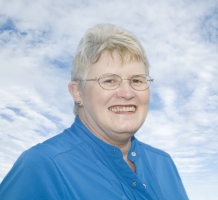 Learn how you can get involved and contribute an article.