In November 2019, following a number of tragic mining fatalities, the Queensland government announced that it would be extending industrial manslaughter laws already introduced to other industries in 2017, to the resources sector. Under the Mineral and Energy Resources and Other Legislation Amendment Bill 2020 (Qld) tabled on 4 February 2020 (amending the Coal Mining Safety and Health Act 1999, the Mining and Quarrying Safety and Health Act 1999, the Explosives Act 1999 and the Petroleum and Gas (Production and Safety) Act 2004 (the Resource Safety Acts)), fines of up to $13.3 million (100,000 penalty units@$133.45) and 20 years’ gaol time can be imposed on employers and senior officers of a mine or quarry company.

The Bill also proposes to amend the Coal Mining Safety and Health Act so that only employees of a coal mine operator may be appointed to critical safety statutory roles. The Bill has now been referred to the State Development, Natural Resources and Agricultural Industry Development Committee (Qld) for consideration.

Under other reforms included in the Resources Safety and Health Queensland Bill 2019 the prosecutorial role for serious offences (including multiple deaths or grievous bodily harm) under the Resources Safety Acts will be assigned to the Work Health and Safety Prosecutor, who is more experienced and equipped to prosecute these types of offences. The second reading of that Bill resumes today (6 February).

We strongly support these reforms and believe that they will provide better safeguards for workers in this high-risk sector by ensuring better compliance with workplace safety standards and practices.

It was distressing to hear of the death of yet another man last month after he became trapped inside machinery at a mine in Central Queensland. Sadly, he was the eighth man to die at a Queensland mine over the past 18 months. It is clear from these recent deaths that the resources industry has a long way to go to ensure workers stay safe. Mines operate day and night, with fly-in-fly-out (FIFO) workers often putting in long hours, seven days in a row or more, to fit in as many hours as possible into the fly-in period in order to make the FIFO arrangements worthwhile. The nature of the operations and sheer scale of the mining machinery used mean that when injuries occur in this sector, they are often very serious, and too often result in death when safe work practices have not been followed.

A number of years ago, I acted for the family of a Queensland man in his 50s who had worked as a senior tyre fitter at an open cut zinc mine in far northwest Queensland. The man died while he was attempting to remove and change the large inner rear tyre on a haul truck; which had a load capacity of 190 tonnes. To remove the inner rear tyre, the worker should have deflated the outer rear tyre, but hadn’t. Although he had a rattle gun with him to remove the wheel, its lock ring was faulty. The lock ring became loose generating a large vacuum of energy outside the tyre, which exploded causing the wheel to be thrown about 13 metres into the air. The wheel struck the worker killing him. His family was entitled to claim for the psychological injuries they suffered following the news of his death, and for economic loss due to the financial and other support the deceased had provided prior to the incident.

This case illustrates how an overlooked inspection can lead to a catastrophic result in situations where large machines are being used. The mining company hadn’t followed their proper maintenance regime on the truck. Comprehensive scheduled inspections had not been carried out. It was also evident that there had been a lack of supervision of the worker by the company. His death could have been prevented if the employer had ensured compliance with tyre fitting protocols, and had addressed non-compliance issues.

Even the best systems and procedures will not reduce the risk of injuries if they’re not implemented and regularly enforced. They’re meaningless. Non-compliance can be a cultural issue that starts at the top. Some managers turn a blind eye to unsafe practices for the sake of productivity.

I acted for another injured worker who had been driving a light vehicle in an underground mine in a convoy of large mining trucks. The truck in front of him stopped and began to reverse towards him. The worker had no room to reverse his vehicle and radioed the driver in front to alert him. Although not physically harmed, the worker suffered a mental breakdown and PTSD and he could no longer work in the mine. The incident could have led to a fatality. The driver’s actions were reckless and dangerous. The company should not have tolerated this type of behaviour, and serious consequences should have followed for those at fault.

These reforms once enacted will hopefully result in fewer catastrophically injured workers and fewer deaths, which will be a good thing for Queensland workers and their families. We encourage and support these changes to ensure employers adopt a greater level of responsibility to protect workers. 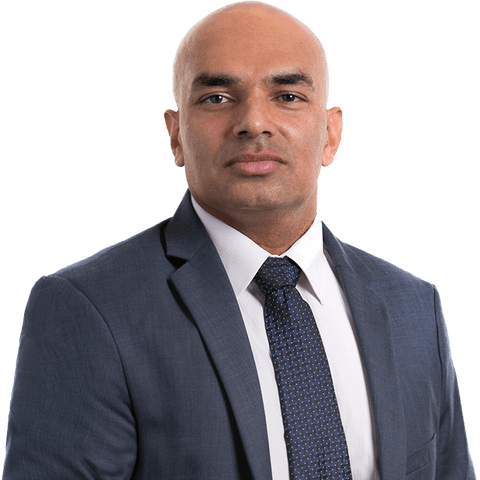