Often, determination of whether a work incident was ‘a significant contributing factor’ is based on the opinion of a treating practitioner (for example, the treating psychiatrist).

Prior to October 2019, the definition of psychological injury required employment to be ‘the major significant contributing factor’.

On 30 October 2019, the Queensland Parliament enacted the Workers’ Compensation and Rehabilitation and Other Legislation Amendment Act 2019 (the Amending Act).

The Amending Act changed the definition of psychological injuries in s32 of the Workers’ Compensation and Rehabilitation Act 2003 (Qld) (the Act) by removing ‘major’. Therefore, the definition has been amended to require employment to be ‘a significant contributing factor’ to the development of the psychological injury. This significantly decreases the standard a worker must meet to claim compensation and brings Queensland into line with other jurisdictions, as recommended by the 2018 five-year review of the scheme.

What is ‘reasonable management action taken in a reasonable way’?

The legislation (s32(5)) provides examples of actions that may constitute a reasonable management action taken in a reasonable way, for example:

Cases have clearly determined that the ‘management action’ does not have to be perfect, only reasonable: see for example, Qantas Airways Ltd v Q-Comp [2006] QIRC 27 and Roberts v Workers’ Compensation Regulator [2016] QIRC 30. Unfortunately, this means that the exclusion is broad and can be applied unfavourably for many injured workers. In 2018–2019, according to the Queensland Office of Industrial Relations, 91.8% of the rejected psychological and psychiatric claims were rejected on this basis.

What to do if a workers’ compensation claim is rejected

If a claim is rejected, a claimant can lodge a review with the Queensland Workers’ Compensation Regulator. This review must be lodged within three months of the date the claimant received the decision to reject the claim.

The arguments raised on a review will depend on the facts of each case, but can include:

In cases where the injury was caused by multiple factors, the matter can be complicated. Courts take a ‘global approach’ by weighing up all events linked to the cause of injury before determining whether, on balance, those factors constitute ‘reasonable management action taken in a reasonable way’.

Other key amendments to the Act

Insurers to provide treatment for psychological injuries prior to determination

Historically, insurers were only required to fund treatment for psychological injuries after a claim was accepted. This often meant that a worker’s treatment was delayed significantly.

The Amending Act inserted a new chapter 4, part 5A (ss232A–232AB) into the Act. Under these amendments, insurers are required to take all reasonable steps to provide reasonable support services to workers with psychological injuries prior to the determination of their claim. As it generally takes time for insurers to investigate and determine psychological injury claims, this allows workers to access early intervention treatment with a view to improving recovery prospects.

Previously, an injured worker was required to lodge a workers’ compensation claim within six months of the date that their entitlement to compensation arose, which is generally the date that they were first assessed by a doctor. Naturally, this presented problems for workers who had initially attempted to manage their injuries and continue working after seeking medical treatment for a work injury.

The Act has been amended (new sub-s131(5)) to enable an insurer to waive the six-month time limit and accept an application if the worker is certified as incapacitated and lodges a claim within 20 business days of being assessed with an incapacity for work by a doctor. This will enable further access to compensation for workers who may otherwise have been precluded by virtue of the strict time limitations. Whether insurers elect to exercise this discretion in favour of injured workers remains to be seen.

Employers had previously been hesitant to provide workers with a sincere apology following a work-related injury, fearing it would be interpreted as an admission of liability. The Amending Act introduced a new chapter 5, part 14 (ss320A–320H) into the Act. These provisions allow apologies to be made on a ‘without prejudice’ basis, which means they cannot be considered in any assessment of whether an employer has been negligent. This is a positive change for workers as it will encourage employers to give apologies and hopefully help to improve the level of distress to injured workers seeking compensation.

The removal of ‘major’ from the required standard for psychological injuries represents a positive step for employees, particularly those with pre-existing psychological conditions. However, given the number of compensation applications rejected on the basis that they arose out of ‘reasonable management action’, this alteration to the standard is unlikely to result in a significant increase in the claim acceptance rate.

An earlier version of this article was published on Hall Payne Lawyers website here. 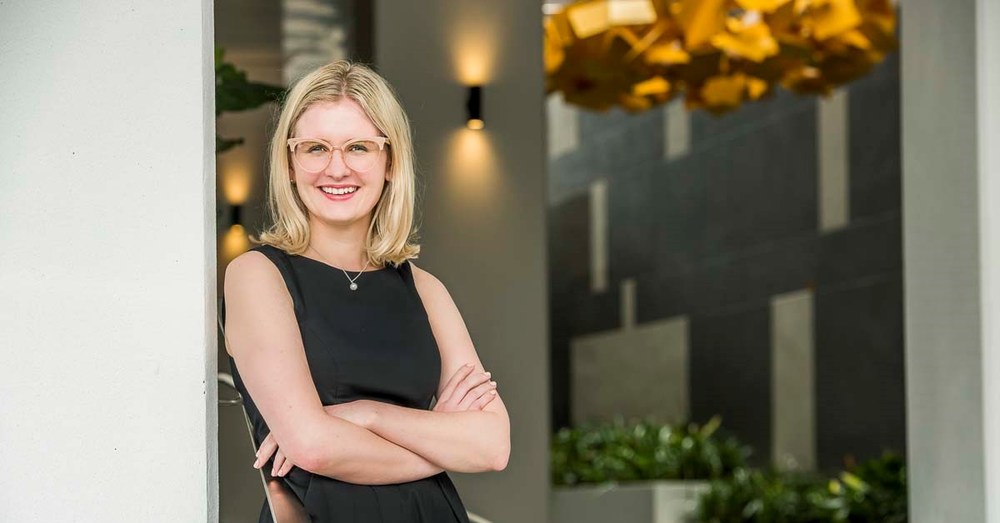 Jessica Hodge is a lawyer in the personal injuries compensation team at Hall Payne Lawyers. She assists clients with workers’ compensation claims (across the Queensland, Northern Territory and Comcare schemes), motor vehicle accident claims, and public and product liability claims. Jessica strives to always provide clients with practical and commercial advice. She is passionate about doing her best for her clients and prides herself on being down-to-earth and approachable.