Home > Blog > Blog: How the chemotherapy under dosing highlights a lack of compassion

How the chemotherapy under dosing highlights a lack of compassion

The recent chemotherapy under dosing bungle in two South Australian hospitals has highlighted significant flaws in the way that victims of medical negligence are often treated. This is particularly concerning as the hospitals involved are publicly funded and have a mandated policy of open disclosure specifically for situations like this.

Between July 2014 and January 2015, five patients at the Royal Adelaide Hospital (RAH) and five patients at the Flinders Medical Centre (FMC) received the wrong dose of Cytarabine, a chemotherapy drug. These patients were being treated for Acute Myeloid Leukaemia (AML), a rapidly progressive malignant disease of the blood and bone marrow.

The error occurred in July 2014 when the RAH’s in-house AML protocol was updated with the intention of halving the dose that had previously been given. The new protocol should have stated that the reduced dose was to be given twice daily but it incorrectly stated it was to be given once daily. The updated protocol was placed on the Hospital’s intranet and circulated by email and the error went unnoticed.

Shortly after this occurred, FMC decided to bring their treatment in line with the RAH and the incorrect protocol was circulated at FMC. Unfortunately, FMC did not perform any checks to ensure that the RAH protocol was accurate and appropriate for implementation.

The result of the mistake was that 10 patients were given half of the correct dose of Cytarabine, a quarter of what had previously been administered.

The error was finally picked up at the RAH on 19 January 2015. The required reporting procedures were not undertaken at this time.

FMC did not become aware of the error until 30 January 2015, resulting in one patient receiving the incorrect dose after the initial discovery at the RAH. Had the mistake been properly notified and acted upon immediately, it is unlikely that this patient would have been given the incorrect dose.

In many cases, there was a significant delay in notifying the affected patients of the error. In one instance a patient was not advised that they had been given the incorrect dose until 7 weeks after the error was first identified. This is of great concern given the nature of the disease and the need for prompt treatment.

Victims have told a parliamentary committee that they were given very little details about what occurred and were given no support or extra assistance to deal with the mistake. These patients then had to undergo another round of chemotherapy, which caused additional suffering and complications.

Practising in the medical negligence field, it is too common that clients feel let down and unsupported when an error occurs. They are often left in the dark about what went wrong and why. While treating doctors may be compassionate and apologetic, all too frequently the hospital goes into ‘risk management’ mode and begins treating the injured patient as a potential litigant.

While a victim may be entitled to compensation, this generally comes at the end of stressful and unpleasant negotiations or litigation which normally takes years. Most victims of medical negligence want the error identified and rectified as best as possible so they can focus on their health. They do not want to have to involve lawyers and engage in lengthy litigation.

Although the prompt and compassionate dealing with an error cannot reverse what has occurred, it can make a significant difference in the lives of the affected patients and their families. They need access to support and treatment immediately, not a few years down the track.

This case has attracted a lot of publicity in the media. Not just for the fact that the error occurred in the first place, but also because of the unsatisfactory way in which it was dealt with once detected. The victims of the error have had to suffer through the initial mistake, delayed notification of the error, and limited information about what went wrong. Further, they then had to endure additional chemotherapy while listening to numerous politicians (incorrectly) reassure the public that the victims were being provided with all the support they needed.

The high level of publicity has now ensured that the victims have been offered compensation. However, the victims are still fighting for answers on how this mistake occurred in the first place and why it was handled so inadequately. SA Health commissioned an independent inquiry lead by Professor Marshall and the report published in November 2015 has outlined numerous failings in relation to this incident. Also, there is currently a Parliamentary Select Committee looking into the incident. A coroner is also investigating the deaths of two of the victims.

Hopefully these investigations will not only prevent these incidents from occurring in the future, but also highlight the need to treat victims with compassion and respect. 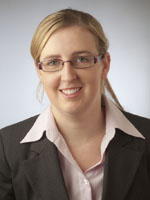 Sarah Vinall is a Senior Associate at Mellor Olsson Lawyers in their Adelaide office, where she has worked for the last ten years. She specialises in personal injury law, in particular medical negligence, motor vehicle accidents and public liability claims. Sarah is a committee member of the South Australian branch of ALA.