Veterans let down by claims scheme

The suicide rate for ex-servicemen is 18% higher than for the broader population, and ex-servicewomen are twice as likely to take their own lives as other Australian women.

There is a mental health crisis in our armed forces, and the people who have devoted their lives to keeping us safe aren't protected when they come home.

The recent announcement by Prime Minister Scott Morrison to appoint a full-time Commissioner to investigate veteran suicides is a positive step, but the Commissioner will need sufficient powers and resources to bring about any significant change.

I have assisted Australian Defence Force (ADF) members and veterans with injury claims arising from their service for over 20 years. Sadly, I have seen many women and men financially and emotionally ruined by the Department of Veterans Affairs’ (DVA) claims process.

So what is going wrong for ADF personnel?

There are no doubt multiple factors causing this crisis, including the traumatic experiences service men and women endure, the multiple stints they undertake in conflict zones, a culture within the ADF that isn’t conducive to reporting psychological problems to others, and most certainly delays and complexities that ADF members or veterans confront when dealing with the DVA in regards to their military injury claims.

There have been several reported stories of ADF members or veterans taking their lives while waiting for a final decision from the DVA or in the course of disputing a DVA decision about their claim. The law applicable to members who are injured in the ADF is unnecessarily complex. Ironically, other work injury schemes that relate to civilian workforces are far simpler to navigate and apply.

The DVA scheme involves completing endless forms, the decision-making process is slow and convoluted, the ADF member can be discharged for medical reasons but receive no compensation until their claim is accepted months or years later by the DVA, and matters where a veteran appeals a DVA decision move at a painfully slow pace. The appeal process needs a major overhaul and restructure.

Claimants also need to satisfy onerous Statements of Principles (SOPs) to determine whether an injury is accepted as being caused by their military service. That means, for example, if a veteran is clinically diagnosed with PTSD and an anxiety disorder resulting from their service, unless the claimant satisfies every single criteria of the SOPs relating to both conditions their claim is rejected and they receive no compensation.

Long after their military service has ended, ADF personnel face a new battle at home: the fight to have their claim for compensation and medical expenses accepted. I truly hope that the Commissioner makes findings that lead to dramatic improvements in the way in which those who have risked their lives and served our country are subsequently treated and assisted.

This article was originally published in The Advertiser newspaper (Adelaide) on 17 February 2020. 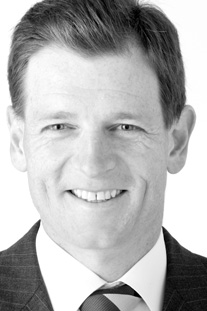 Tim White, equity partner at Tindall Gask Bentley lawyers, is devoted to achieving the best outcomes for injured people. His membership of the Air Force Reserves, for over 20 years, has inspired Tim to become one of very few Adelaide lawyers to specialise in representing Defence Force personnel and their families, something he does across the nation.

Tim, the current Law Society of SA President, has assisted veterans from the Second World War, the Korean and Vietnam Wars, as well as currently-serving personnel from Middle East conflicts. His desire to fight for the underdog is his strongest professional motivation; and one which has made him a pillar of the firm through his long career with TGB.